The former home of radio station 3AW is being replaced by a 19-storey Japanese-influenced apartment tower.

Set to swap shock jocks for sleeping quarters, the property on Bank St, South Melbourne will become home to 170 apartments ranging from one- to three-bedroom floorplans.

The station and many of its best known on-air talents, including former Herald Sun editor Neil Mitchell, shock jock turned politician Derryn Hinch and breakfast radio mainstay Ross Stevenson, were based in the building from 1991 until 2010.

The $120 million redevelopment dubbed Domain House for its location in the suburb’s Domain precinct has been designed by Bruce Henderson Architects and will reflect a luxury hotel, with some apartments to be priced up to $1.7 million. 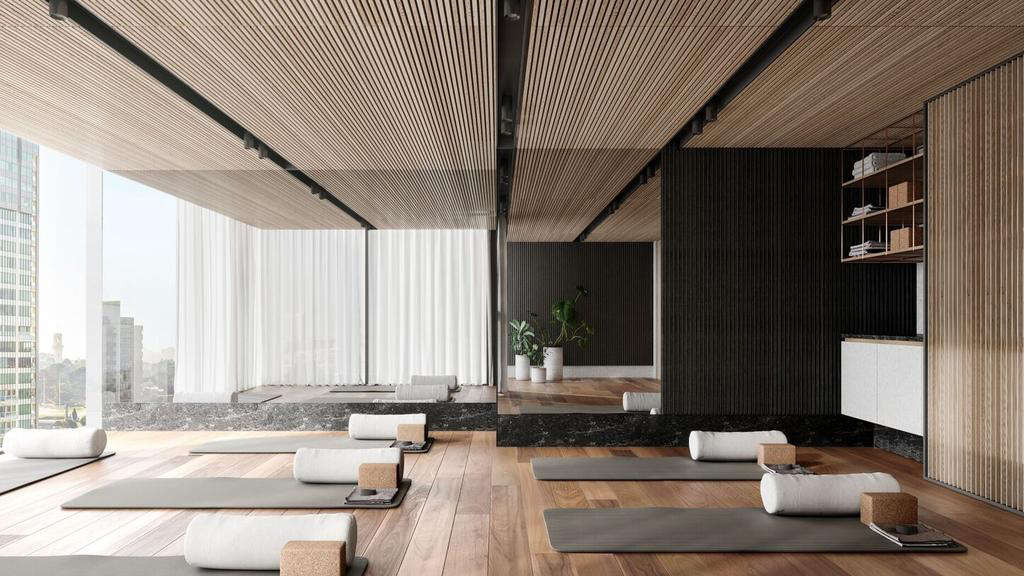 A foyer Japanese garden featuring bonsai, Japanese cherry and maple trees, and a Japanese-influenced yoga studio are part of plans to give the tower an international feel.

The tower itself was inspired by the streets of Soho in New York.

Construction is expected to begin in October next year and be completed in 2022; apartment sales will commence via CBRE Residential Projects from October 19.